12 Ways to Get Your Video Trending on YouTube. - Mr Tech Site 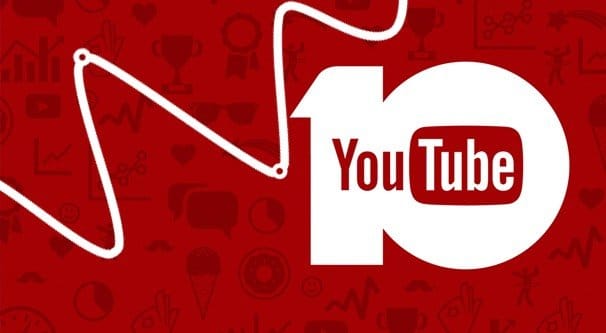 The YouTube algorithm is the difference between a video languishing at under 500 views and a video constantly circulating, getting comments and views years after it was initially posted, rocketing up in the view counts. It’s the difference between earning 5 cents on a video and earning tens or hundreds of dollars.
How can you make your videos more likely to trend? How can you game the YouTube algorithm to get you more exposure?

Just about everything on YouTube is aimed at increasing the “watch time” of a video. Contrary to what you might think, though, watch time involves more than just the number of minutes a video is watched. It includes the number of views, the duration of those views, the number of session starts, the frequency of video uploads, the session duration, and how many sessions end on the video. It’s all just a bunch of metrics that indicate how often people come to your channel, how well they stay on YouTube once they’re on your channel, and how good your channel is at bringing in new viewers. That’s not to say that view duration is unimportant; it’s actually the second largest metric for the YouTube algorithm. It’s also not a sliding scale, but rather a see-saw mechanic. Views under five minutes in length tend to stall out the video, whereas videos over six minutes – and particularly around eight minutes in length – make the video perform exceptionally well.
Now, this doesn’t mean videos under 8 minutes long are initially hampered. It simply means that longer videos, when most of the video is watched, will tend to perform better. Sometimes as much as 350% better, according to studies performed by TubeFilter.
It’s also worth noting that YouTube’s algorithm is heavily aimed at promoting content channels, not just individual videos. This is why, when you finish watching a video, the related and recommended videos tend to be 50% videos from that channel, 40% videos from partner or related channels, and 10% other trending videos that may be slightly relevant.
YouTube also loves session starts. A session start is when it’s one of your videos that gets a user to land on YouTube, and they stick around to watch other content on the site. When your videos have a large number of session starts from your subscribers – and assumedly in general – YouTube will send more views to all of your videos in general. Interestingly, YouTube will demote videos if they are shown as impressions – in the recommended sidebar, in the post-video recommendations, and so forth – and are not watched. The user will be less likely to see that video, and eventually that channel and that type of content, in future recommendations.
Not all that long ago, a paper was published that actually goes into deep technical detail about how the YouTube algorithm works, and how the Deep Learning AI behind it functions. You can read the TubeFilter analysis of the paper here, or the actual paper in the link provided in that article.

1. Get Existing Subscribers to View the Video Quickly

Perhaps the number one most important thing you can do for a video is get a strong burst of views in the first three days after the video comes out. It doesn’t necessarily matter where those views come from, so long as they’re real and valid views, but it’s easiest to get them from your subscribers. The best way to do this is to set up some kind of off-site means of contacting your subscribers. Getting people to sign up for a mailing list, or at least just set up notifications for when you publish new content, can be great. Also, whenever you publish a video, if you have a blog you should publish an article on the same topic and embed the video.

Longer views are empirically better than shorter views, though complete views of a Vine-length video work just fine. If you’re concerned about marketing and not just meme-producing, though, you’re going to want to produce longer videos. I know a lot of common advice recommends the ideal length of a YouTube video at somewhere around two or three minutes, but that’s an odd side effect of how YouTube is often used for music and memes as well as marketing.
I actually recommend videos closer to 10 minutes long. You just need to find a topic that’s engaging enough to get people to sit through it all. These videos need to be value-dense and should keep watching all the way through.

A newsletter, a blog, business cards with your channel name on it; it doesn’t matter how you do it. You should use every method you can think of to refer people to YouTube via landing on your channel. When your channel is the start of a session for a lot of people, and those people stick around on YouTube for more than just the one video, you’re bringing tangible value to YouTube itself. They obviously want to promote this, so they encourage more views to the channels that bring in people. It keeps you wanting to use the site, since you’re getting value out of it yourself.

Obviously, you can’t just make Facebook posts telling people to go to YouTube; you need something more to it. Actually, Facebook is a pretty bad place to promote a YouTube channel. Since Facebook has their own video engine and are trying to compete with YouTube on that front, they sneakily do a little demotion of YouTube video links.
Anyways, what you really need to be doing is engaging with your audience. This is one problem that a lot of young, new YouTube creators have. They try to start up a channel where they can publish content and expect it to carry them. In actuality, most successful channels tend to have external communities, either on a web forum, a website, or even just a Discord server.

5. Stick to a Narrow Niche to Bring Repeats Viewers

I’ve already mentioned that getting people to view your videos right away is very important, but how do you do it? One great way is to focus your channel on a narrow niche and style of content. People who only play horror video games with a face cam, people who only post about Facebook marketing, people who only share a certain genre of music; these are the kinds of narrow channels that succeed.
The only channels that go generalist and succeed are those backed by large sites that have their own communities externally. They’re sites that don’t need the YouTube success; it’s all incidental to them. Even then, those sites tend to either be specialists in their own style of content, or huge news agencies.

Conversely, if you have something that works, don’t experiment. People come to see your content, and if you upload a new type of content that doesn’t jive with the rest of your videos, those new videos won’t get the attention of your existing audience. You’ll end up behind the curve unless, somehow, that new video gets an immense kick off and ends up going hugely viral. Even then, you’ll need to either switch to that new kind of content wholeheartedly or risk losing the value of the subscribers that came in from that experimental video.

By “video impressions” I mean the bit of the video that shows up in the recommendation. This is two things; your thumbnail and the first handful of characters of your title. Titles are easy enough, and you should have plenty of experience with that from blog posts.
As far as thumbnails are concerned, you want them to be interesting, vibrant, colorful, and consistent. If you take a look at an optimized channel, their thumbnails tend to be very stylized and very similar. They’re different enough you can tell if you’ve watched a video before or not, but they’re also branded in a way that showcases their identity. You can read more about making good thumbnails here.

The other place your videos will show up is in search, but only if the rest of your mea data is optimized for it. This mostly means your title, your description, and your tags. Never flood your description with tags; use the actual tags field for that. Use the description for an actual description of the video, as well as call to action links that you either include on every video or mention specifically in the video for the user to check out. There’s no really specific steps for optimizing this on YouTube; just use your SEO know-how to make use of the same concepts there.

Remember how it’s really important that your existing subscribers view your new videos as soon after they’re published as possible? One good way you can make sure they do exactly that is by posting videos frequently and on a consistent schedule. I’m talking something like “a new video every Wednesday at 8pm EST”, where you end up posting at least those 52 videos a year. The idea is to basically train your audience to watch for a new video on a specific time of the week, every week. They don’t fall out of the habit of looking, they know when a new video will show up. They can get in the habit of checking shortly after the video goes live.

10. Set Up Playlists for Autoplay

The autoplay feature on YouTube is great for keeping people on your channel and for expanding viewing sessions. Any time you have a couple of videos on the same subject, it can be worthwhile to add them to a playlist.
In fact, I actually consider it a good idea to go into planning your videos with a playlist in mind. Don’t just make a “ten tips for guest blogging success” video, make ten videos, each with a unique tip covered in depth. In doing so, you can keep people interested in that subject hanging around for several videos at a time.

11. Pay for Short Bursts of Promotion

You can, of course, pay for promotion to get more exposure to your videos. The YouTube algorithm is not strictly pay to win, but paying can get you ahead. In particular, I figure it’s a good idea to pay to advertise your new videos to your existing audience, but only for the short three-day window in which their immediate views have a huge impact. This way you don’t run extended campaigns with extended budgets.
At the same time, you can have an ongoing small-scale campaign just to build awareness of you and your content. You can use this method to increase your subscribers so that your future videos can show up to them organically.

Of course, you can always just be too famous to care. Do you think any of those high end Vevo accounts, accounts like PewDiePie or the VlogBros or Marvel’s trailers care about absolutely any of this? Of course not. All you need to do is get an audience in the millions, so that when you post a new video, hundreds of thousands of people check it out almost immediately. That’s a sure-fire way to make sure your videos are seen by hundreds of thousands of people, after all.
Okay, so I’m being a little facetious with this last one. Really though, it’s just an opening; what are your best tips for getting a video to trend?