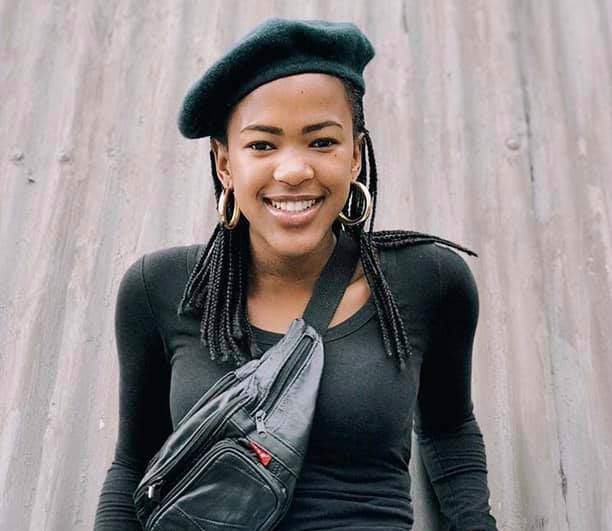 Khanya Mrwetyana, the older sister of murdered UCT student Uyinene, has paid homage to her in a touching and emotional Facebook post on Monday evening.
Nene, who was last seen leaving her university residence, Roscommon, on Saturday, August 24, was allegedly locked inside the Clareinch post office, where she was raped and murdered.
She had allegedly been lured by a 42-year old man who is an employee at the branch. The man appeared in court on charges of murder and rape on Monday.
As the nation was mourning Nene's death, with some even calling for the return of the death penalty, Khanya took to Facebook to express her pain and asked for Devine intervention.

Anger and outrage followed the discovery of the body of missing 19-year-old UCT student Uyinene Mrwetyana on September 02, 2019. She had been missing since August 24. A 42-year-old man who worked at the Clareinch Post office allegedly confessed to the rape and murder. Gender-based violence has been a national issue in South Africa for years, with 3 915 women and children being murdered in 2018.

"What haunts me the most isn't the fact that you're gone and taken away from us so soon, it's the thought of the fear and pain you experienced all alone. I'm so sorry Bhelekazi. I'm so sorry you had to be alive at a time where being a woman is all it takes to set a man off.
Now we hold on to the memories we shared together and the thought of what could've become of you had that man not violated you. Hurt. - That's what I am. That's what we all are. Such a beautiful soul with an entire future and opportunities awaiting her," wrote Khanya.
Khanya also appealed to God to heal her family, her sister's friends and women in general.

“God. Take me deeper than my feet could ever wander, where my faith will be made stronger. All the other times I said I was hurt or I was crying, I was probably being impossible. Nothing compares to what I'm feeling right now. All air has left my lungs and my heart is right there below my knees. But even so, it is well with my soul. It's so much more harder to remain safe.
"Not even sending my location or memorising number plates is enough. I could be walking to the bathroom eMall and just like that my story ends. It's quite sad. We now move around wondering who's next because it just doesn't stop.
Will the storm ever calm? I will never question God but I ask that He heals our hearts as your family, your friends, as women, as a country and we remain stronger in faith.
Uyinene, you're still my baby sister and always will be. I love you so much Nene wam', Bhelekazi, Mafu, Ndabezitha, Langa lokulungu. Fly away my butterfly.”